Immigrants Have Rights Too!

There are many immigrants in my family and school. Most of the people that I care about are immigrants, and they always have to be careful about what they do in the U.S. I know some people in my neighborhood and school that are afraid to go to school and leave their house, because of this there are kids who aren't getting an education and that are going to have a bad job when they get older. This makes me feel mad and upset because they have crossed the border alone and they have to live with the fear of being taken back to their country. They are afraid of being taken back because they wanted to have a better education and because where they live might be dangerous. In my opinion if I was older I wouldn't vote for Donald Trump. If you were an immigrant would you want to go back to your country without an education to support your family? Also if your kid was an immigrant would you cry and fight to keep him in the U.S? 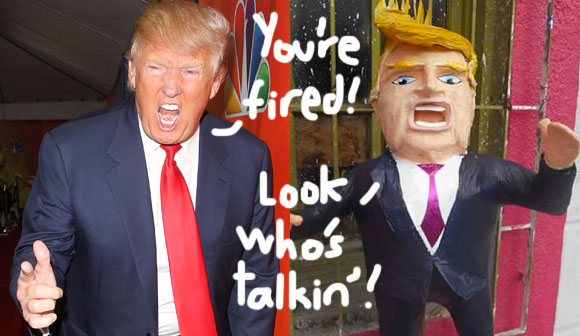 There are many immigrants in the U.S they aren't bad people. All they want is to live a better life, and they also just want to walk down the street without having to look at every corner. Donald Trump wants to deport anyone who doesn't look like they were born in the U.S. If it wasn't for immigrants, Trump wouldn't be where he is. He is a bad man and he has no right to take kids from their parents or take kids parents from them. I know that I wouldn't want anyone to take my parents or someone close to me away. Would you want someone to take your parents or your kids? No? Thats what I thought. I know that there are many immigrants around my school that are trying their best to get their papers but it's getting hard for them because there aren't many lawyers that would want to help. Trump is trying to change the enviroment and make it "better" but what he doesn't know is that when people hear about things like this they will change their mind. I know that I am a young girl but I hope that what I am saying means something to you and that you pay attention to what is happening around you and make a change.

Did you know that ICE (Immigration and Customs Enforcement) was trying to take immigrant kids back to there country. The 14th says "All persons born or naturalized in the United States, and subject to the jurisdiction thereof, are citizens of the United States and the State wherein they reside." That means that the children that parents are immigrants can't be taken to somewhere they weren't born. ICE is trying to get kids from schools and take them back to there country.